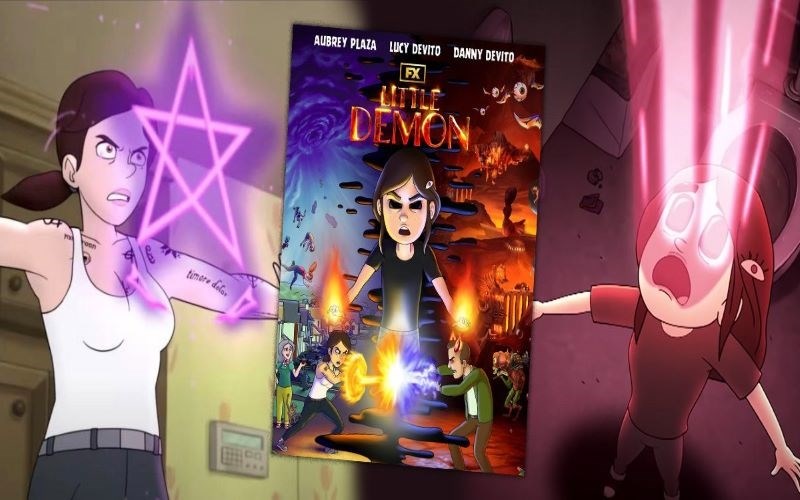 T-Mobile has responded to the concerns of  OneMillionMoms.com regarding the company’s recent ad placement during the animated series Little Demon. As soon as One Million Moms alerted T-Mobile that its commercials were airing during this satanic series, the company pulled its ads immediately!

One Million Moms, your voices were heard – and heeded. Please know that we will continue to monitor this company’s efforts, and if any changes occur with this new policy, you will be the first to know. But for now, no further action is needed for our T-Mobile campaign.

Hopefully, additional advertisers will follow T-Mobile’s lead. After all, financial backing and sponsorships are how series remain on the air.

Disney’s new show is so disturbing that Congressman Mike Johnson (R-LA) posted a response on his Facebook page, saying in part:

“I could write volumes this morning and unpack pages of Bible verses here, but instead, I’m just going to state the obvious: Please be careful. Our job as parents is to guard the hearts and minds of our kids. This culture has become alarmingly dark and desensitized, and this is not a game. Disney and FX have decided to embrace and market what is clearly evil. STAY FAR FROM IT.”

The series premiere alone mocked Christianity, included the use of 15 f-words, full-frontal female nudity, mutilation, dismemberment, gore, about a dozen crude and vulgar references to male genitalia, and praise of the satanic and demonic world, all airing on FXX and on Disney’s streaming app, Hulu.

Disney is introducing viewers, including children who might stumble across this series, to a world of demons, witches, and sorcery. Along with the demonic content of this series, the minds of younger viewers will also be inundated with secular worldviews that reflect the current culture.

Disney describes the storyline as follows: “Thirteen years after being impregnated by Satan, a reluctant mother, Laura, and her Antichrist daughter, Chrissy, attempt to live an ordinary life in Delaware but are constantly thwarted by monstrous forces, including Satan, who yearns for custody of his daughter’s soul.”

The first episode is more than enough for most Christian families to realize that Little Demon is an extremely dangerous series. It is evident that Disney is trying “to portray witchcraft as a positive tool to fight evil.”

Perhaps the swiftest way to bring an end to this demonic series is to address its corporate sponsors, such as T-Mobile.