Why is Adidas cheerfully celebrating the destruction of women's sport? 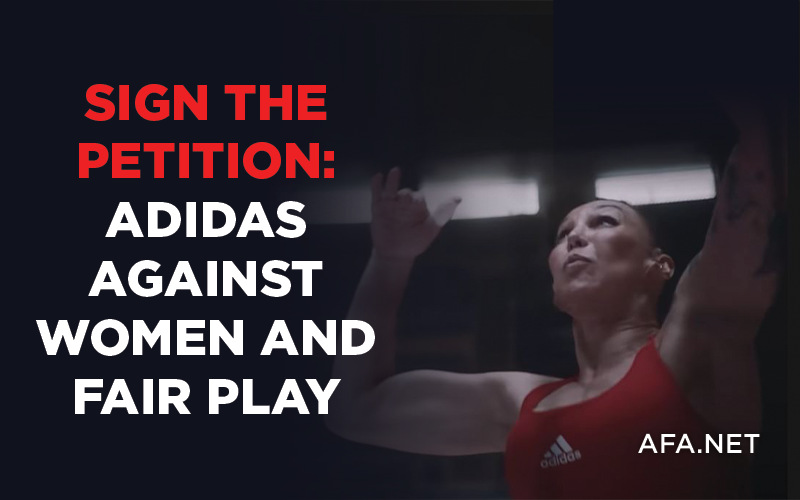 In its latest US-based television commercial, Adidas features Brazilian trans volleyball player and activist Tiffany Abreu as he competes on a woman's team and dominates the game with his vastly stronger physical male body.

As part of Adidas' "I'mPossible" campaign, which discredits fair play and helps eliminate a true women's sports division, the ad claims, "It's impossible to take hold of the world's spotlight overnight" and "compete as a trans woman." Adidas is doing its part to make it happen…and they are trying to convince you to accept it.

Ironically, Adidas has a history of proclaiming its support for women's rights and women’s athletics. Now it is pushing a totally opposite agenda that advocates men on women's teams. Adidas wants it both ways, but it's logically impossible.

Under Adidas' "woke" agenda, it will champion men like college swimmer Will Thomas, a biological male who is singlehandedly rewriting long-standing NCAA women's swimming records set by actual women.

On Adidas' YouTube channel, the ad has had more than 27 million views, but only 913 "likes." On the contrary, almost every one of the 2,097 comments are critical of Adidas' decision to support men competing in women's sports.

For example, YouTube viewer Gordon B. commented, "Why is Adidas cheerfully celebrating the destruction of women's sport?" Another viewer posted, "Misogyny is not a good look. Males do not belong in women's sport. Women fought really, really hard to have the opportunity to compete. Never going to buy adidas ever again. I'm disgusted with your company."

Adidas has chosen to ignore logic, science and common sense when it comes to the physical differences between male and female athletes.

Sign our petition to Adidas, urging the company to drop its promotions and corporate support for males competing in women's sports.