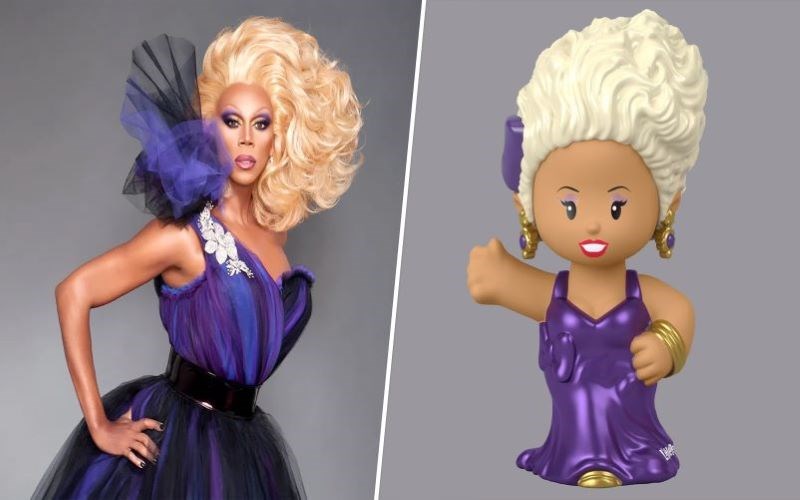 The RuPaul figure set comes complete with replicas of RuPaul’s signature on- and off-the-runway looks. It includes flamboyant pink and purple gowns with huge blonde wigs, based on outfits worn by RuPaul himself. The third doll in the set features RuPaul out of drag in a bold suit with a loud color scheme. Thanks, Fisher-Price! Now, parents will have to deal with the confusion experienced by their children when these inappropriate dolls are seen on store shelves.

It is outrageous that a toy company is marketing and normalizing gender dysphoria to young children. Parents who are not already aware of the company’s agenda, please be forewarned: Children are being “groomed” by Fisher-Price drag queen dolls under the disguise of playtime.

This new product makes it clear that Fisher-Price has an LGBTQ agenda that it is forcing on extremely young audiences. Obviously, Fisher-Price is attempting to “groom” the next generation. This company should be enhancing learning during play, but instead, Fisher-Price is brainwashing our preschoolers and elementary-age children.

Fisher-Price is hoping to have this doll placed in playrooms solely to indoctrinate children into transgenderism and homosexuality. The company’s goal is to have everyone, even toddlers, accept the LGBTQ lifestyle when instead, a toy company should never even consider taking part in this abomination.

Fisher-Price is purposely confusing our innocent children by attempting to destroy very definitive gender lines. Why can’t the toy manufacturer let kids be who God created them to be instead of glamorizing a sinful lifestyle?

Liberal manufacturer Fisher-Price is following a culturally popular trend to desensitize America by telling children they can be whatever gender they want to be. This irresponsible line of toys is dangerous to the well-being of our children. Fisher-Price should avoid an obvious attempt to please a small percentage of customers while pushing away conservative customers who hold to the age-old truth that a boy is a boy, and a girl is a girl.

Fisher-Price is choosing to push an agenda of sexual confusion instead of promoting its actual product. This PC-inclusive toy set blurs the biological distinctions between males and females. Introducing children to this lifestyle choice is contrary to what conservative, Christian parents are teaching their children about God’s design.