Twix Pushes Gender Confusion! No Twix This Christmas or All Year! 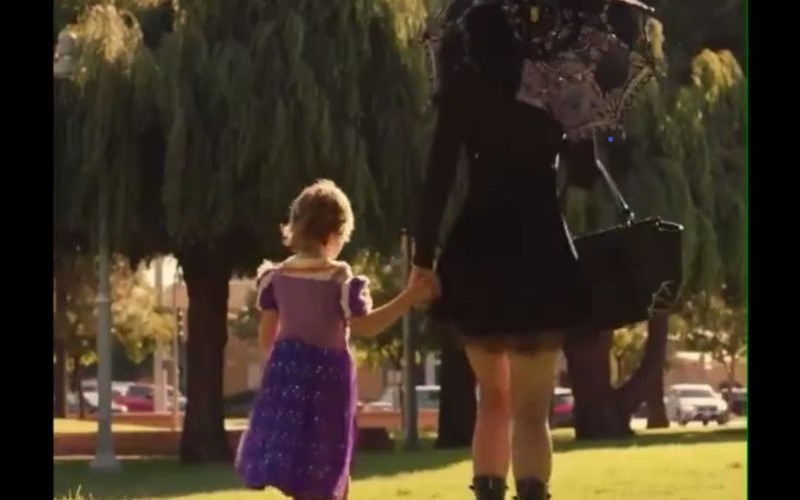 Twix should be ashamed of their latest commercial’s attempt to normalize transgenderism and their use of a child to do so.

Their “Twix Bite Size Halloween: The New Nanny” ad includes an elementary age boy wearing a princess dress, alongside his nanny who is dressed as a witch.

The nanny threatens neighborhood children when they are confused by the boy’s costume, especially since it is not Halloween. Later, children at a park also ask him why he is dressed like that. They say that he looks like a girl — and he does.

The gender confused child says, “Dressing like this makes me feel good.”

The children tell him that he and his nanny look weird. One particular boy is dressed in a superhero cape, and he says that boys don’t wear dresses.

The trans boy states, “No, we are just different.”

Then, the nanny decides to handle the situation by doing away with the other boy through her magic and a huge gust of wind. Soon, he is nowhere to be seen because the nanny makes him disappear, leaving only his empty superhero cape floating to the ground.

This commercial has nothing to do with candy at all. Twix really outdid themselves with this advertisement that teaches children to kill anyone who calls you weird or has a different opinion than your own. It also intimates that is ok for adults to physically harm children and to emasculate young boys.

Of course, Twix had a primary goal of promoting gender dysphoria through the ad, an agenda which has nothing to do with marketing candy. Evidently, Twix wanted to make it clear where they stand on this controversial topic, instead of remaining neutral in the culture war.

This week in The Line of Fire, host Dr. Michael Brown mentioned the Twix commercial and stated that when “the boy in the dress replies, ‘Dressing like this makes me feel good,’ it is apparently supposed to be a powerful line in defense of trans identity.”

But Dr. Brown made an excellent point when he stated, “Yes, as any parent knows, if your child feels good doing something, then by all means, you should encourage them to do it, regardless of what lines are crossed and what boundaries are transgressed. After all, isn't that the key to effective parenting, namely, determining if your values and rules and guidelines make your children feel good? If not, well, we know the old adage: children know best! (Apologies for the sarcasm.)”

Dr. Brown was accurately expressing how ridiculous this commercial is and that its implications couldn’t be more tragic.

Likewise, we are concerned about the way this advertisement is pushing the LGBTQ agenda and using a child to do so. But an even greater concern is that this vile commercial is airing when children are likely to be watching television.

Yes! Twix crossed a line that they should have never crossed. And in their attempts to please a small percentage of consumers, Twix has committed marketing suicide in the process. There are so many candy products to choose from, so it will be simple for consumers to find other chocolates this Christmas for stocking stuffers — and all throughout the year for that matter.

If you agree that this commercial is inappropriate, sign our petition urging Twix to remain neutral. Let them know that until they do so, you will not purchase Twix candy bars. And please share this with your friends and family.