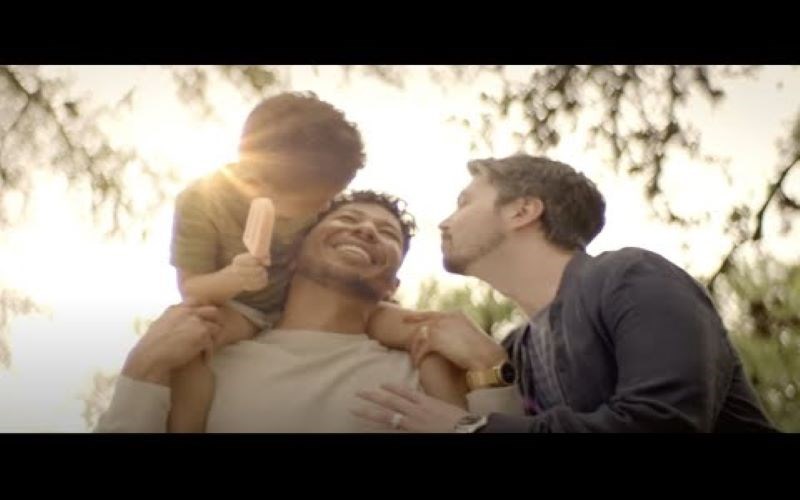 Kay Jewelers’ current commercial, “Celebrate Every Kiss,” attempts to normalize sin by featuring two homosexual men together with their young son. The two dads, both wearing wedding bands, are shown walking outside, while one dad carries the boy on his shoulders. The men kiss, as do other couples in the commercial, while a voiceover says, “Kiss the people you love. Mark this moment in time and celebrate every kiss.”

This ad is inappropriate on so many levels and is clearly attempting to desensitize viewers. Kay Jewelers should avoid aiming to please a small percentage of customers while pushing away conservative customers.

Promoting same-sex relationships has nothing to do with marketing jewelry. Yet Kay Jewelers wants to make it clear where they stand on this controversial topic, instead of remaining neutral in the culture war. One Million Moms continues to stand up for biblical truth. Romans 1:26-27 is very clear about this type of sexual perversion.

One Million Moms must remain diligent. Scripture says multiple times that homosexuality is wrong, and God will not tolerate this sinful nature.

Kay Jewelers’ attempt to redefine the family crosses a line that should have never been crossed. There is concern about the way this advertisement is pushing the LGBTQ agenda, but an even greater concern is that the commercial is airing during prime time when children are likely to be watching television.

Let Kay Jewelers know you will not support its business this Mother’s Day, during this wedding and graduation season, or anytime in the near future as long as it is airing this commercial featuring a homosexual couple.

If you agree that this ad is inappropriate, sign our petition urging Kay Jewelers to either pull its “Celebrate Every Kiss” commercial (also referred to as the “Two Gay Dads” commercial) or, at the very least, edit the homosexual couple out of the ad immediately. And please share this with your friends and family.