Encourage senators to vote 'NO' on President Biden's SCOTUS nomination! 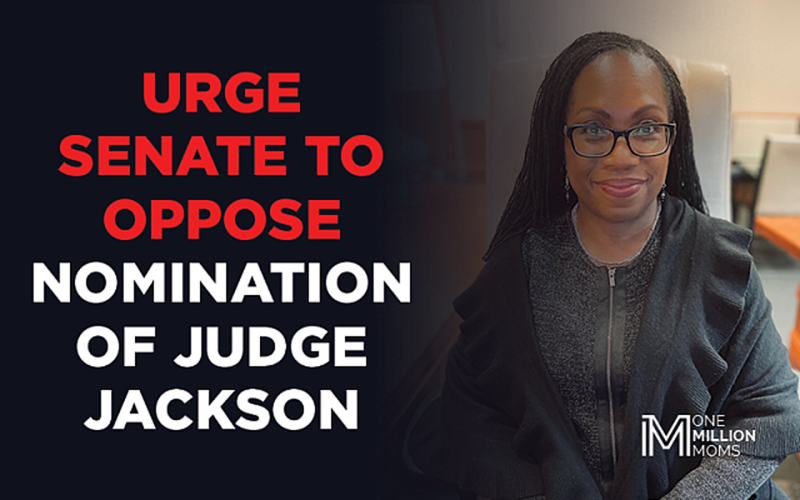 The U.S. Senate will soon be voting on Judge Ketanji Brown Jackson’s confirmation to the Supreme Court of the United States.

Contact your senators now! Urge them to vote “no” on Jackson’s confirmation.

At least three reasons exist why President Biden’s nomination of Ketanji Brown Jackson should not be confirmed by the U.S. Senate.

First, Jackson has made evident her willingness to pander to the radical Left by refusing to provide the definition of the word “woman.” In Jackson’s testimony before the Senate Judiciary Committee, Jackson refused to define the word “woman.” This alone should be sufficient grounds for her disqualification. It’s absurd and an attack on the family for the 52-year-old, Harvard-educated, female federal judge to say she can’t define the term “woman.” Of course, Jackson knows what a woman is – she is one. That’s one reason Biden nominated her. But she wouldn’t rightly define the word because the correct response would alienate the radical Left. This is concerning because no Supreme Court justice should cater to the radical Left’s transgender agenda that destroys, not just women’s sports and college scholarships, but also the unique and necessary role of women in our nation.

Second, she has failed to demonstrate that she would forsake the anti-constitutional practice of legislating from the bench. During the entirety of her testimony before the U.S. Senate, Jackson failed to renounce the activist judicial philosophy of her mentor, Justice Stephen Breyer.

This is adequate evidence that Jackson should not be confirmed to the Supreme Court of the United States. Accordingly, I ask you to contact your senators now and respectfully urge them to vote “no” on the confirmation of Ketanji Brown Jackson.