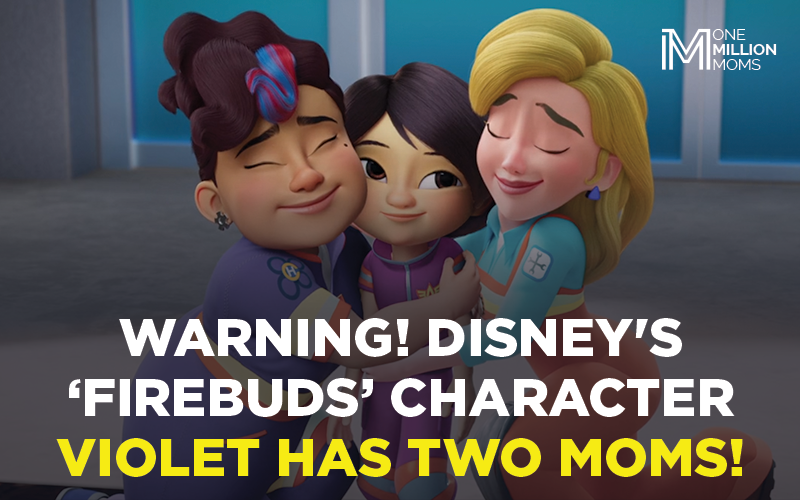 Many parents have already found out that Disney Junior is no longer safe for young children. Now, Disney’s animated series Firebuds has added a same-sex couple to the program. One of the main characters, Violet, has two moms in the Vega-Vaughn family.

The creator of the show, Craig Gerber, tweeted, “After I sold the #firebuds pitch, my 1st detailed show overview included Violet’s 2 moms. Disney gave us 100% full support from day one. Thrilled to be making an inclusive show that reflects the diverse world we live in w/folks who care as much as I do.”

This isn’t the first time a same-sex couple has appeared on Disney Junior. In 2017, two lesbian moms were included in the Doc McStuffins episode titled “Emergency Plan.”

Conservative families will continue to have no choice but to stop watching the Disney Channel network or Disney+ in their homes so they can avoid previews, commercials, and reruns. Families will be unable to allow Disney in their homes since the network continually veers away from family-friendly content.

1MM is so concerned with the normalization of a sinful lifestyle choice during a children’s animated show designed for preschoolers. This type of sexuality should never be included in a children’s cartoon, much less praised.

Discussion of such controversial topics should be left up to parents. Disney should not introduce this information to young children. Therefore, Disney should stick to entertaining and providing family-friendly programming instead of pushing an agenda.

If you agree that this content is inappropriate for a children’s program, please sign our petition to Disney. Join us in asking the company to pull any episodes of Firebuds featuring Violet’s two moms immediately and no longer air other episodes with similar inappropriate LGBTQ topics.