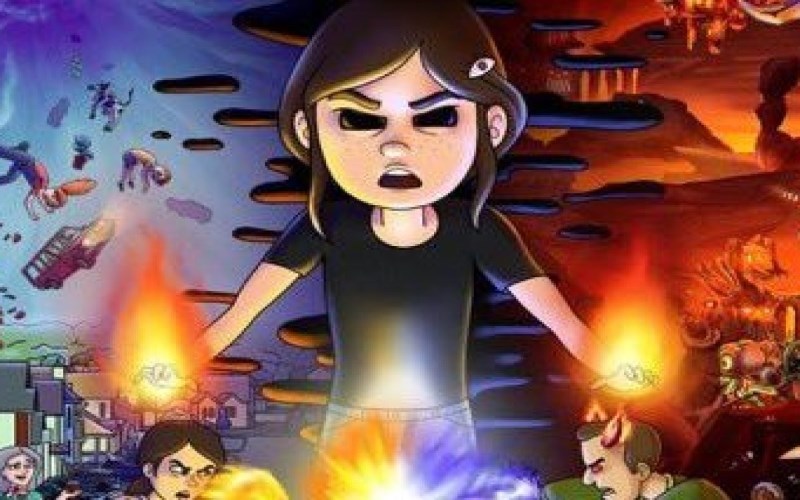 Along with other Disney-associated productions such as Maleficent, Star vs. the Forces of Evil, and The Owl House, this new adult cartoon series, Little Demon, is also set in a spiritually demonic realm.

According to Deadline, a Hollywood online news source, “Among other shenanigans, the comedy … shows Laura [the mother] nude with no pixilation. She strips down in the first episode to perform a ritual, while there are multiple instances of nudity throughout the series.”

Series creator Seth Kirschner told reporters, “We are going to keep going for it until we are told no.”

Let us be sure they are told, “No!” quickly!

We must do so because Disney is introducing viewers, including children who might stumble across this series, to a world of demons, witches, and sorcery. Along with the demonic content of this series, the minds of younger viewers will also be inundated with secular worldviews that reflect the current culture.

Disney describes the storyline as follows: “Thirteen years after being impregnated by Satan, a reluctant mother and her Antichrist daughter attempt to live an ordinary life.”

It is evident that Disney is trying “to portray witchcraft as a positive tool to fight evil.” The first episode is more than enough for most Christian families to realize that Little Demon is an extremely dangerous series. Titled “First Blood,” this initial episode of the premiere season is currently streaming.

Here is some insight into the show’s background:

-       The series focuses on Laura and her daughter, Chrissy, who is the “love child,” produced from her “fling” with Satan.

-       The trailer is filled with satanic imagery, animated gore, and graphic violence, such as beheaded chickens, pentagrams, dismembered bodies, and melting human flesh.

-       Rather than being represented as dangerous, demonic, and terrifying, Satan is depicted as an average, middle-aged, cardigan-wearing suburban dad.

The Bible tells us clearly in Isaiah 8:19-22 of a spiritual realm that is not of God. It warns us not to participate in witchcraft or consult with mediums but to call on God. Deuteronomy 18:10-11 also warns us to avoid witchcraft in all forms.

The Little Demon series is TVMA-rated, so Disney already broke its recent promise to keep R-rated content from its streaming platform. A TVMA-rated series is equivalent to R-rated films.