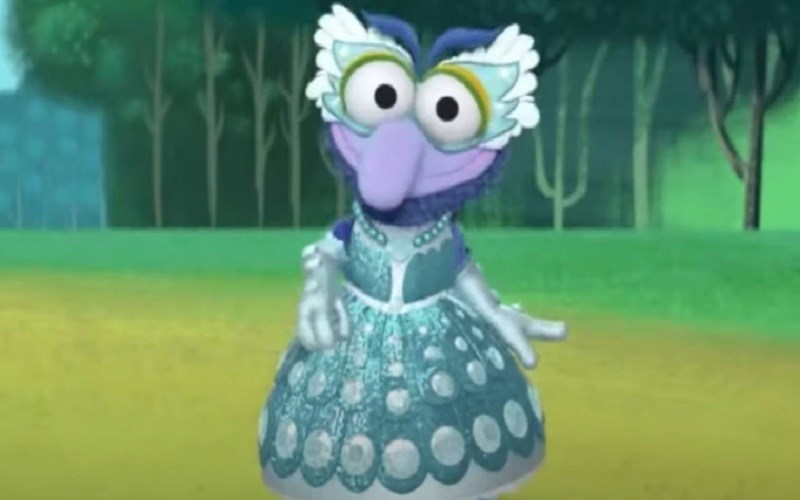 Warning! One Million Moms has spoken out once already about the LGBTQ indoctrination coming from Disney Junior and its shows for preschoolers. Unfortunately, there is a new reason for 1MM to speak out again.

Disney Junior has really outdone itself recently, this time pushing the LGBTQ agenda on children as young as toddler age. All parents should be aware of Muppet Babies and its Season 3 Episode 37. The July 23 episode, titled “Gonzo-rella,” features a male main character cross-dressing.

The focus of the entire episode is Gonzo being so disappointed that he has to go as a knight instead of a princess to the ball since he is a boy, and the other muppet babies tell him he can’t wear a fancy dress per the royal handbook. Gonzo really wishes he could wear a princess dress to the ball.

So the rat character on the show tells him he is Gonzo’s Fairy Ratfather and will grant him his wish and give him the perfect dress for the ball. His Fairy Ratfather assures him he will make his outfit so amazing they won’t even know it is him. So they decide to go through with it, and Gonzo is so happy. When Gonzo arrives at the castle, Gonzo introduces himself as Gonzo-rella.

Gonzo states, “But trying something different can be fun!” And his Fairy Ratfather agrees, “Exactly!”. Gonzo decides to share with all the others that Gonzo-rella was really him, and he didn’t tell them because everyone expects him to look a certain way.

“I want to be me,” Gonzo says. When Miss Piggy asks why he didn’t say so, Gonzo says, “Because you all expected me to look a certain way."

Miss Piggy apologizes, proclaiming, “It wasn’t very nice of us to tell you what to wear to our ball.”

The other girl, Summer, assures Gonzo, “You’re our friend, and we love you any way you are.” So going forward, the muppet babies decide to do away with the old royal handbook and now everyone can come to the ball dressed however they like.

The episode concludes with all the characters back at the ball with the two female characters, Miss Piggy and Summer, dressed as knights.

This is outrageous that Disney Junior is normalizing gender dysphoria to young children. With such a liberal push in children’s entertainment, it is obvious where Disney Junior stands. Parents who are not already aware of the network’s agenda, please be forewarned now.

This program makes it clear that Disney Junior has an LGBTQ agenda that it is forcing on extremely young audiences.

Sign the Disney Junior pledge stating you and your family will no longer support Disney nor watch Muppet Babies as long as it veers away from family-friendly entertainment. And please share this with your friends and family.