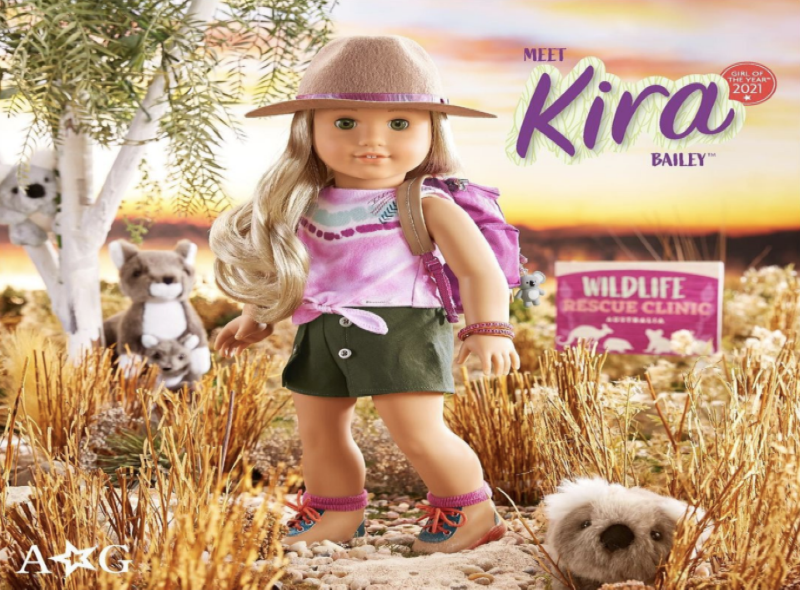 Conservative parents are outraged! American Girl released its first doll with an accompanying book that has an LGBTQ storyline. This is unacceptable!

American Girl named its Kira Bailey doll the “2021 Girl of the Year.” The doll character is a 10-year-old wildlife conservationist who is passionate about “animal protection and climate change action.” In the doll’s accompanying book titled Kira Down Under, Kira visits an animal sanctuary in Australia operated by her great-aunts, Mamie and Lynette, who are in a same-sex marriage. In the book, Kira explains that her aunts married “after the law was changed to allow it,” referring to Australian Parliament’s 2017 decision to legalize gay marriage, two years after the U.S. Supreme Court did the same.

As Christians, we know that even though something is legalized doesn’t make it moral or right.

American Girl, owned by Mattel, first made its announcement in a press release revealing that their dolls are designed to reflect the present time with “contemporary characters that inspire children.”

Why can’t the toy manufacturer let kids be kids instead of glamorizing a sinful lifestyle? American Girl is confusing our innocent children by attempting to normalize same-sex marriage.

The doll company did not even include a warning so parents would have a heads-up. Within the first few pages of Chapter 1, Kira Down Under includes an illustrated picture of the two women walking down the aisle at their wedding.

This irresponsible storyline is dangerous to the well-being of our children. American Girl should avoid aiming to please a small percentage of customers while pushing away conservative customers.

American Girl could have chosen another storyline or characters to write about and remained neutral in the culture war. American Girl is attempting to desensitize our youth by featuring a storyline with two lesbian aunts. If your child has not seen this yet, then make sure she is not exposed to this content. Do all you can to avoid a premature conversation that she is far too young to understand.

We must remain diligent and stand up for biblical values and truth. Scripture says multiple times that homosexuality is wrong, and God will not tolerate this sinful nature.