A retailer that once promoted organics and clean food is now saturated in absolute filth, exploiting America’s children to be “groomed” by drag queens. Whole Foods Market is now sponsoring a Drag Queen Story Hour event to indoctrinate children into transgenderism and homosexuality. Their goal is to normalize the LGBTQ lifestyle. 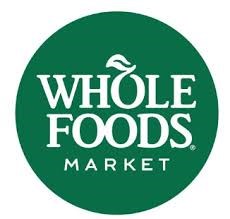 Drag Queen Story Hour has been endorsed by Atlanta Mayor Keisha Lance Bottoms, who is obviously signaling her support for transgenderism and homosexuality in order to appease the Left.

Atlanta Mayor Keisha Bottoms invited “Miss Terra Cotta Sugarbaker,” a.k.a. Steven Igarashi-Ball, to perform in City Hall after a Drag Queen Story Hour he was scheduled to perform in at a nearby Fulton County Library branch was removed from the library system’s event calendar.

While the event wasn’t canceled, the library’s decision to halt all promotion of the event was perceived as a snub to the drag queen.

“Thank you to everyone who joined us at today’s Drag Queen Story Hour with Mayor Keisha Bottoms and Miss Terra Cotta Sugarbaker,” read a tweet posted by the City of Atlanta’s Official Twitter account.

Drag Queen Story Hours have been planned at local public and school libraries nationwide over the past year. The disturbing events involve men dressed up as garishly adorned women who read LGBTQ-themed books to young children under the guise of performing a public service. Some drag queens have admitted their goal is to “groom” the next generation.

Whole Foods Market headquarters is located in Austin, TX, with more than 499 stores, throughout the U.K., Canada, and in 42 U.S. states.

If you shop at Whole Foods Market, you are also supporting child exploitation, which this corporation apparently contributes to and endorses.