Kellogg's Continues to Use Cereal Mascots to Push LGBTQ Agenda 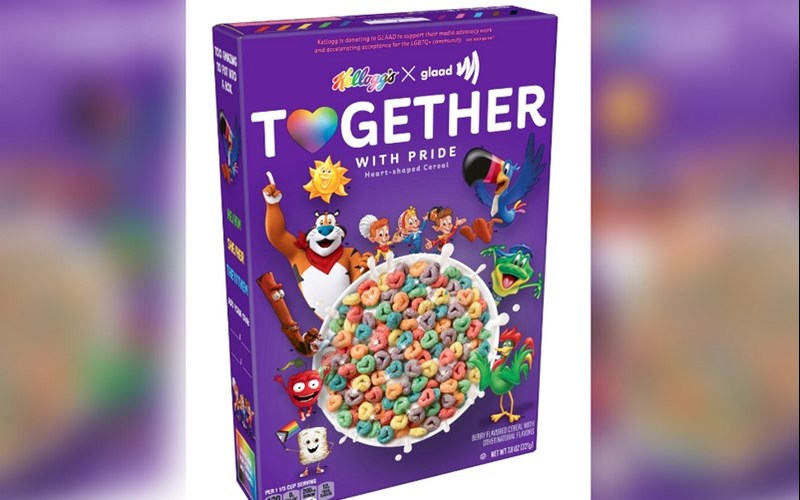 Kellogg’s has supported the homosexual community for a long time, and now it is obvious they are going after our children. As part of an effort to say "all are welcome," Kellogg collaborates with the Gay & Lesbian Alliance Against Defamation (GLAAD) advocacy group once again.

Kellogg’s calls it Together With Pride cereal, an exclusive, limited-time offer in which the cereal brand’s famous mascots are promoting sin.

The cereal, which “features berry-flavored, rainbow hearts dusted with edible glitter,” was previously only available online but will now be sold in select stores nationwide.

But the most disturbing feature is the box top that has a special spot for children to add their own pronouns of choice which encourages children to pick their pronouns.

“Now your kids can write their pronouns on their cereal box! So fun! Affirm their gender, with Kellogg’s!” one user on Twitter captioned it.

For every box sold, Kellogg is donating $3 to GLAAD to support the LGBTQ+ community.

Kellogg’s needs to hear from you. Supporting the homosexual agenda versus remaining neutral in the cultural war is just bad business. If Christians cannot find corporate neutrality with Kellogg’s, then they will vote with their pocketbook and support companies that are neutral. Sign our petition to Kellogg’s now!